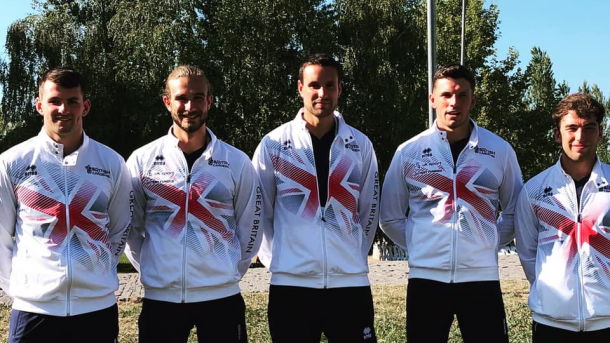 What an amazing weekend of polo!  The European Championships took place from 29th August through to the 1st September is Portugal and Kingston Kayak Club, had 5 members representing Club and Country.

Just in case anyone needs it ... See MoreSee Less

When this happens, it's usually because the owner only shared it with a small group of people or changed who can see it, or it's been deleted.
View on Facebook
·Share

Thanks to Dan Rawding for his help last 2 days sorting out the refilling of the lido. This might the very last time a KKC member has to descend into this foul smelling pit to reattach the valve blanking plate. Interesting few hours this morning. Yorkshire Water attended believing there was a leak in indoor pool and we also met the pool manager, who will be responsible for the site during the renovations. Both YW personnel and manager could not have been more complimentary about what we do at the KKC. ... See MoreSee Less

Now this is an old school river guide book. Anyone know what year this was produced?
#france #frenchrivers #thealps #kayaking #whitewater https://www.instagram.com/p/B_RzeclHsKB/?igshid=1kcmbjpadfc9d